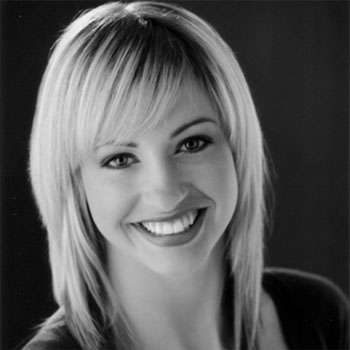 Tanya has been dancing for 21 years, and has trained under an endless array of professional choreographers and dancers. She has worked for choreographers such as Luther Brown, Rhapsody James, Kevin Maher, Nick DeMoura, Misha Gabriel, Laura Edwards, Blake McGrath, Tabitha and Napoleon, and many other talented professionals. Tanya also has 8 years of teaching experience at studios across the province, and has received choreography and overall awards at competitions throughout Ontario. She is continuing to work as a dance adjudicator and freelance choreographer, receiving many awards and recognition for her work. Most recently, she worked as an assistant choreographer on the Family Channel show The Next Step. Other choreography credits include both Supergroup and The Next Star on YTV.

Tanya began her professional dance career at the age of 15, working closely with choreographer Luther Brown. From there, she received a role as a principal dancer in the Disney release of Camp Rock 2 starring Demi Lovato and the Jonas Brothers. Her other movie credits include Harriet the Spy: Blog Wars, Sharpay’s Fabulous Adventure, Breakawayand the new release Dr. Cabbie. She has also worked with many artists and actors including Jason Derulo, Carly Rae Jepsen, James Franco, Robert Pattinson, Psy, Ludacris, Ylvis, Shawn Desman, Ashley Tisdale, Tegan and Sara, Hedley, Serena Ryder, Anjulie, Vita Chambers, Keshia Chante, Deborah Cox, Fefe Dobson, Kreesha Turner, Aleesia, Cascada, and many more! Her television credits include Hellcats, L.A. Complex, Warehouse 13, 11/22/63, Wingin’ It, Suits, Orphan Black, Bomb Girls, Murdoch Mysteries, Beauty and the Beast, Single Ladies and The Next Star. She is a lead dancer for recording artist Victoria Duffield, and has performed in her music videos Shut Up and Dance, Feel, Break My Heart and They Don’t Know About Us featuring Cody Simpson.

She also performed for Victoria Duffield in a variety of live performances, including the Big Time Summer Tour with Cody Simpson and Big Time Rush, and the Lost In Paradise Tour with Faber Drive. Last summer, Tanya performed at the Choreographer’s Emmy Nominee Reception in Los Angeles, California, working closely with choreographers Misha Gabriel and Nick Bass. Most recently, she was a recurring dancer on the first season of the new Nickelodeon television show Make It Pop produced by Nick Cannon, that premieres in Canada this fall on YTV. The show is already currently airing in the United States, the UK, Argentina, Mexico, Venezuela and Colombia. Tanya is excited to continue her role as a recurring dancer on the second season of Make It Pop, shooting this fall!

Tanya received a Bachelor of Science degree in Kinesiology at Wilfrid Laurier University, and is currently pursuing a Master of Science degree in Kinesiology. She balances her schooling with her teaching, adjudicating, choreography and professional career. Through it all, she has gained plenty of dance experience with the extensive training she has received, and is always excited to pass on her knowledge and her passion for the arts to the next generation of dancers.