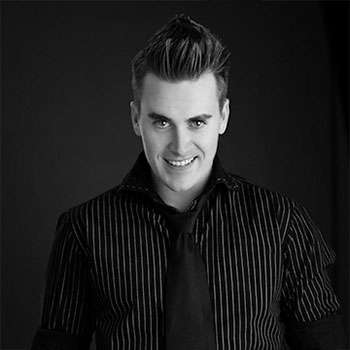 Scott is currently a dancer for the Vancouver based contemporary company Wen Wei Dance( WWD) and is a part of all 5 contemporary works which include Unbound, Three Sixty Five, Cock-Pit, Under the Skin and the newest work to be premiered in Canada in 2013. He most recently played the role of Riff in Vancouver Opera’s production of West Side Story this past fall, was the lead role Dancer in a new upcoming show called Northern Dancer and also concluded a tour to China with WWD for Under the Skin. Scott also recently finished touring with The 605 Collective on their full length piece titled Audible across Canada to outstanding reviews.

He has had the honor of working with such choreographers as Adam Shankman, Kathleen Marshall, Suzi Taylor, Patti Columbo, Lisa Stevens, Simone Orlando, Stacey Tookey, Paul Becker and such artists as Michael Buble and Maestro Fresh Wes. Scott's choreography credits include Oliver! (Vancouver Playhouse), collaborative work in Unbound and Under The Skin (WWD), the films The Cleaner, Reefer Madness as well as the commercials Honeycomb Cereal, Burger King and NCIX.

He can be found in the recent T.V. show Hellcats “Fosse” episode and the movie musicals Reefer Madness, Once Upon a Mattress, Totally Awesome as well as acting on older films such as Once In A Blue Moon, Life Or Something Like It, Duddley Do Right and Goldiggers. Scott was Principle Dancer for the grand opening of Tokyo Disney Sea’s show Encore! in Tokyo, Japan as well as a Principle Tapper for the Opening Ceremonies for the 2010 Vancouver Olympics. Scott is on the teaching faculty for Groove Street Productions.