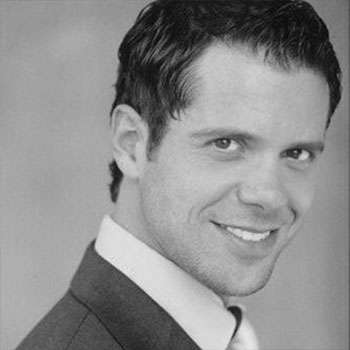 Peter Huck has appeared as an actor/singer/dancer on stages from Vancouver to Charlottetown, and has performed such notable roles as Bernardo in West Side Story, Gaston in Beauty and the Beast, Sweeney Todd in Sweeney Todd: The Demon Barber of Fleet Street, Danny Zuko in Grease, Joe in Damn Yankees, Don Lockwood in Singin’ In The Rain, and Corny Collins in Hairspray. He has performed off-Broadway (Papermill Playhouse), in large-scale commercial theatre (The Lord of The Rings, Mirvish), and as a featured dancer on Broadway (Radio City Music Hall).

Peter has worked extensively in film and television, most recently appearing as Wade Carson in The Pinkertons. He has also worked in film production (X-Files 2: I Want to Believe, Inseparable, Life Unexpected, Defying Gravity, Fringe) and has choreographed for several film productions (“The Room At The End Of The Hall”, “Secret Lives”: Insight). Peter began his journey as a choreographer when he worked on the cult movie classic “Reefer Madness” as “choreography crew” with Mary Ann Kellogg (nominated for an Emmy Award for outstanding choreography.) He has worked with such notable personalities as Carol Burnett, Alan Cumming, Neve Campbell, Mathew Morrison, Erick McCormick, Penelope Cruz, Jessica Alba, George Wendt (Cheers), Terra MacLeod (Chicago)…to name a few.

As a Producer/Director, Peter is the recipient of a 2005 Ovation Award for his Outstanding Contribution to Vancouver’s Musical Theatre Community for a show he conceived entitled September in the Cathedral with Sondheim, which brought together over 100 performing artists from across the country to present selections from composer Stephen Sondheim’s entire repertoire. In 2007, he produced and directed Into the Woods by Stephen Sondheim to critical acclaim, and his production of Sondheim in September in Toronto, made it into What’s Now Magazine’s top 10 productions in Canada. In total, his producing efforts have raised $35,000 for theatrical charities.

Peter holds a B.F.A in Musical Theatre from the critically acclaimed College Conservatory of Music at the University of Cincinnati where he was the recipient of the Patricia Corbett Scholarship Award for Academic Achievement from 1996-1999, and a Diploma in Theatrical Arts (Fine Arts) from Grant MacEwan University in Edmonton, AB. He is a member of the Canadian Actor’s Equity Association (CAEA), and is member of the Alliance of Canadian Television and Radio Artists (ACTRA/UBCP).

Most recently, Peter worked as the associate choreographer for Rainbowstage’s 60th anniversary season in Winnipeg, Canada (Canada’s longest running outdoor theatre), facilitating choreography for Pasty Cline, the Producers and the North American premiere of Disney’s: The Little Mermaid. When he’s not working as a professional in the industry, he runs a dance studio (with his wife), and produces three full-length dance shows a year. Peter specializes in tap, jazz, hip-hop, and musical theatre choreography. Peter very much enjoys working with young dancers and performing artists, and is eager to help them succeed!