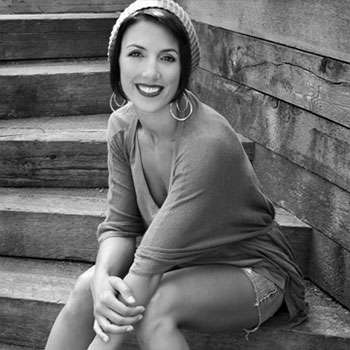 Leigh, a native of Portland, Oregon, began her dance training at an early age and became serious about it when she moved to Vancouver, BC in 1988. Her training was in all realms of dance including jazz, tap, ballet, musical theatre, modern, and hip-hop. After graduating from the Langley Fine Arts School, she ventured to the Oklahoma City University Dance Program and joined the renowned dance company, "The American Spirit Dancers". Her dance education also includes the modern/ballet program at Simon Fraser University in British Columbia, Edge Performing Arts Center and the teachers training program through Dance Educators of America.?

Leigh's performing career took off when she decided to move to Los Angeles in 1997 where she worked for a year at the Edge Performing Arts Center. After contracts with both Royal Caribbean and Princess Cruise lines, she decided to make move home to Vancouver. There she worked in films including Scooby Doo 2, Saving Silverman, and Dudley Do-Right, she performed with Vancouver Grizzlies Extreme Dance Team and in the stage production of 42nd Street with the Royal City Musical Theatre Company. Leigh then landed commercials for Dr.Atkins, Royal Caribbean International, and has choreographed for Barbie Mattel. Recently Leigh had the opportunity to dance along side Academy Award winner Marlee Matlin on the TV series "The L Word" as well as perform in the Nickelodeon movie Rags!??

Leigh started teaching throughout the Greater Vancouver Area over a decade ago and she created the youth performing arts company Northwest Dance Project. They have toured throughout North America to compete and perform. Graduates of Leigh's dance program can now been seen dancing on So You Think You Can Dance Canada (Season 3) and the new hit TV Series Hellcats, performing with Ke$ha and Blake McGrath, Shawn Desmond, Royal Caribbean, Princess, Celebrity, and Holland America Cruise Lines, and also for the Source Dance Company, the BC Lion's Felions, and various Vancouver theatre productions.?Most recently Leigh launched the new professional dance crew called ELEVATE!